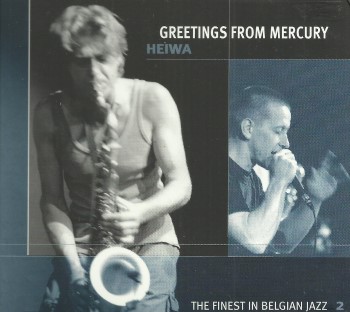 The third (and latest album) by Jeroen Van Herzeele's Greetings From Mercury project got released in 2002. Initially, the album got released on the Tracks record label. The above picture is from the re-issue on the De Werf record label (celebrating Brugge as cultural capital of Europe in 2002).

Experimental as it combines jazz and fusion with world music elements. It also features rapper Steven Segers on vocals & rap.
Stéphane Galland on the drums !