THE BLIMP - NOT BEER 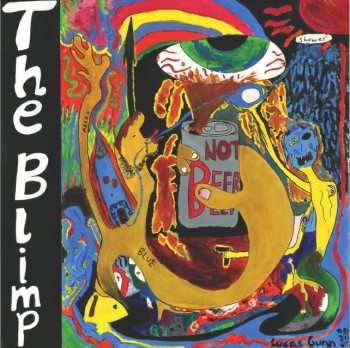 Experimental rock band The Blimp hails from Eugene, Oregon. The band released its first (and only) 12" in 2010 on the Violet Times Records label.
With a band name like this and the fact that they recorded some Beefheart & some Zappa on their first album (more on that later...), I just had to check them out.

Four tracks one a one-sided 12".
I like the artwork for the album cover. It shows a lot of attitude, and a DIY mentality.
The back cover has a fine shot of the band. Could have been from a Magic Band photo shoot...

The music sounds great. Experimental, energetic and raw, but not over the top. There's a lot going on.
Here's 'Not Beer'. Check it out :


You can get the 12" through Bandcamp :
https://theblimp1.bandcamp.com/album/not-beer