Nominated for 2019 induction into the Rock & Roll Hall of Fame for his innovative work along with Roxy Music, Eddie Jobson is considered the definitive musicians' musician. “1971-1979 The Band Years” is the first of five planned compilation albums, one for each decade of Jobson's outstanding career as an award-winning composer and internationally acclaimed keyboardist and electric violinist.

This first double-CD release features tracks from Jobson's band years in the '70s, including his work as a member of Curved Air, Roxy Music, Frank Zappa & The Mothers, and UK - the progressive-rock supergroup he co-founded with John Wetton, Allan Holdsworth and Bill Bruford. Classic tracks include Curved Air's “Metamorphosis,” written by Jobson at the age of 17; Roxy Music's “Out of the Blue”; and UK's “In The Dead of Night.” All tracks have been digitally remastered for this special compilation. 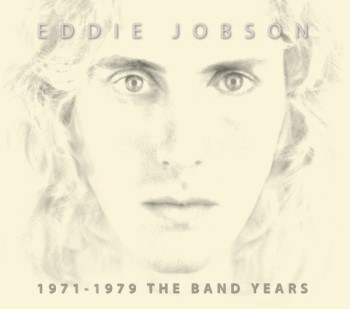 The album includes a live performance of Frank Zappa's "Läther". Probably during his time with Zappa's band, or maybe from the 2011 concert that Eddie Jobson did in Japan (released on the "Four Decades" box).

Email ThisBlogThis!Share to TwitterShare to FacebookShare to Pinterest
Labels: eddie jobson, others of invention, zappa