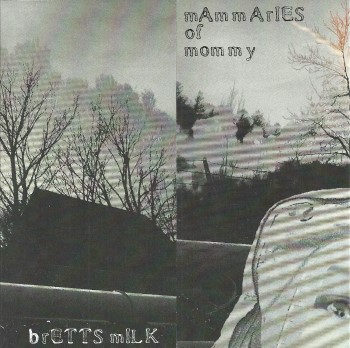 Next to the new 7" by The Residents, my recent order from Psychofon Records included Bretts Milk's latest release.
There's quite a bit of Bretts Milk's music available on Bandcamp but if I'm not mistaken this is the second album that actually gets released in the CD format.

The previous album, "Daddy's Breath", from 2016, did leave quite an impression, so I was rather curious and excited when I gave "Mammaries Of Mummy" its first spin.
I'm happy to say that I got what I hoped for. "Mammaries Of Mummy" is a fine album with a star role for Nolan Cook who guests on 5 of the 10 tracks and who gives it the extra punch.

Limited edition of 150 copies. Comes in a fold-out 7" cover.