THE MOST EVER COMPANY - PLAYS LIVE VOLUME 2 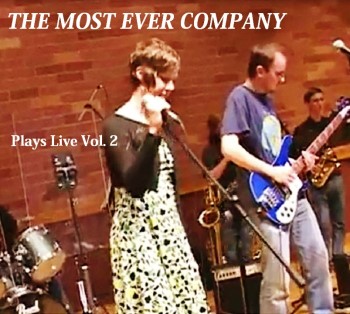 The Most Ever Company (or TMEC) is an art collective from Oklahoma.
As their Bandcamp page states :TMEC is an anonymous fictional art collective in Oklahoma imagining fictional bands releasing fictional avant-garde music.
They have released quite a number of albums in various formats : computer disc, vinyl, CDR, CD, cassette,...

Available on CDR (sold at concerts), but also through Bandcamp !
https://themostevercompany.bandcamp.com/