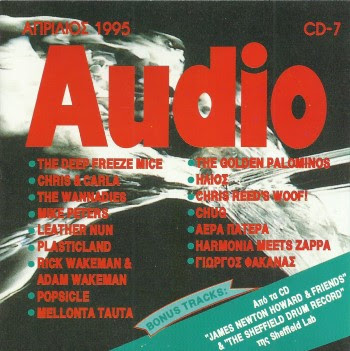 Audio Magazine (from Greece) used to include a free CD with the magazine.
I don't know if they still do this. I don't even know if the magazine still exist, but the person who compiled these little albums (in 1995 !)  did have a good taste in music.

Originally issued on the "Harmonia Plays Zappa" album (from 1994).

Here's the Harmonia Ensemble live, in 2010, with their adaption of 'Alien Orifice'.