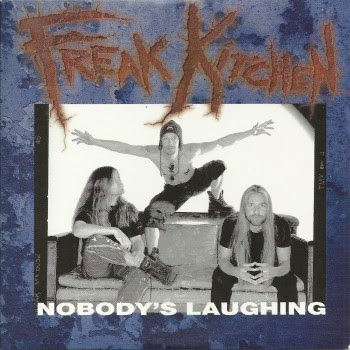 Around the time of the release of "Move", Freak Kitchen's fifth album, a promotional CD got released in France.
"Move" was the first album with the new line-up. Guitarist Mattias IA Eklundh was still part of the band, but Christer Örtefors (bass) and Björn Fryklund (drums) had only recently replaced Christian Gronlund (bass) and Joakim Sjoberg (drums).

The CD presented and audio and the video clip for 'Nobody's Laughing', plus a medley of all the "Move" tracks.