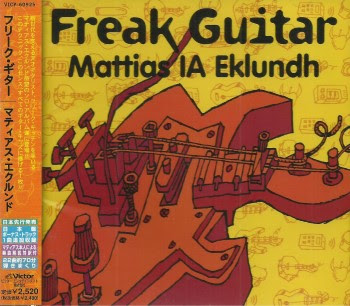 Mattias IA Eklundh released his first solo album in 1999 (not counting his Mr.Libido album from 1996).
As you might know, "Freak Guitar" included a dizzying version of Frank Zappa's 'The Black Page'.
The Japanese edition of "Freak Guitar" had a slightly altered album cover (pictured above), plus one bonus track : 'Our Man In Baijing'.