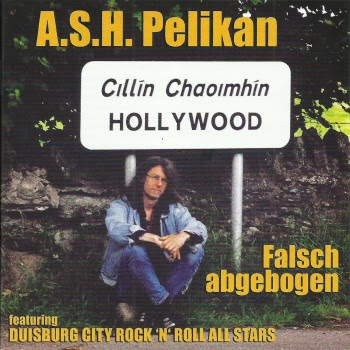 German rocker A.S.H. Pelikan has been making music since the early '70's. In 2008, A.S.H. started releasing a series of retrospective albums.
As A.S.H. used to play a lot of coverversions, a lot of them can be found on these albums.
Album number 6 in this series, "Falch Abgebogen", includes A.S.H. performing two Frank Zappa tunes : 'More Trouble Every Day' and 'Big Leg Emma'.