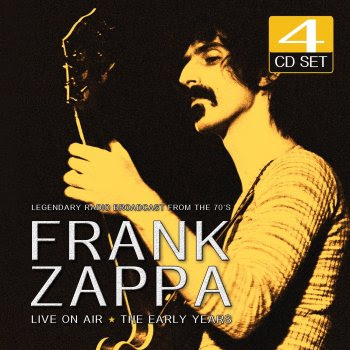 Here's another so-called 'radio-show' album. A recording that was broadcast on the radio and of which the rights of the recording belong to the broadcasting company (and not to the artist...).
"Live on Air" must be about the twentieth Zappa 'radio-show' release.

Due out in early May.
4CDs that we probably already have (a couple of times) as they're using the same recordings over and over again...