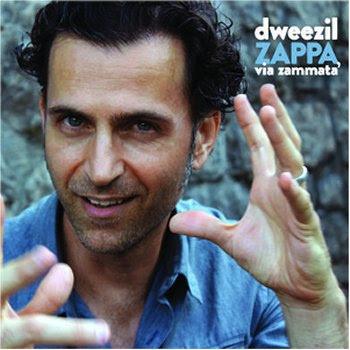 The Zappa Family Trust (Ahmet and Diva) has a problem with the way that Dweezil is performing the music of Frank. Not artistically, I imagine, but in his financial relation to the ZFT.

The same ZFT asked Alex Winter to make a documentary for which they started a kickstarter campaign. The same money supports other ZFT activities like restoring the vault and protecting the ZFT legacy.
Dweezil Zappa, on the other hand, started a funding campaign to protect his right to operate as a 'Zappa'.
This probably created some very, very happy lawyers.

Don't they understand that this all is rather silly.
I want to see Alex Winter's documentary and I supported the kickstarter program.
Same goes for Dweezil. I want to hear his new album "Live In The Moment II" and I'm happy to support his pledgemusic campaign.
Too bad that I'm paying for both parties' lawyers as well...
I'm only in it for the music...

Dweezil Zappa offered a "Via Zammata' Deluxe Download" as part of his pledgemusic project.
This download package included 3 unreleased tracks and 2 demos.

Email ThisBlogThis!Share to TwitterShare to FacebookShare to Pinterest
Labels: aka moon, dweezil zappa