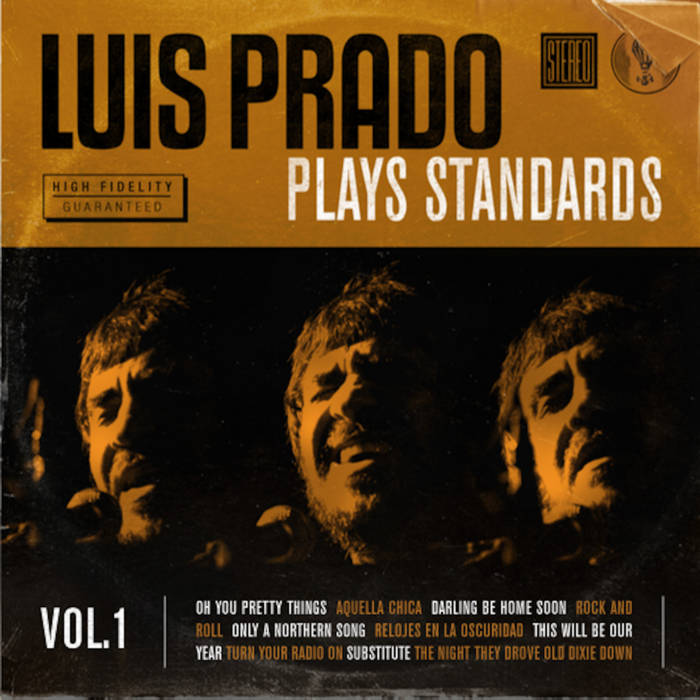 Last December, our friends at Hall Of Fame Records released a new album by Luis Prado.
Pop singer and pianist Luis Prado has been part of The Flauters and has also performed and recorded as Señor Mostaza. "Luis Prado Plays Standards" is his third solo album.
As the title suggests, Luis interpretes a number of his favorite pop tunes.

Bowie, Led Zeppelin, John Sebastian, The Band and a couple of Spanish tunes that I'm not familiar with. All in a great package.
Nice. Very nice. And the subtitle, "Vol.1" might even imply that we might get a sequel...

And I don't know if it was intended but tracks 8 and 9 were switched on the CD. Not inexplicable as one of the tracks is 'Substitute' by The Who.