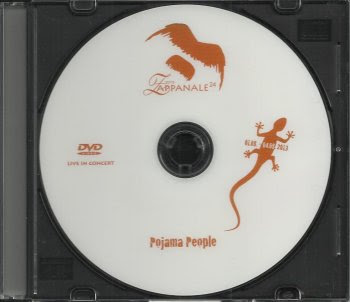 The inimitable Glenn Leonard and his lovely partner Ali Bach were the backbone of Pojama People.
Pojama People featured Ike Willis on vocals and guitar and the band toured on an almost yearly basis through Oregon and Washington, performing the music of Frank Zappa.

Pojama People performed at Zappanale in August 2013 and it was their last show as Glenn Leonard passed away a couple of weeks later.
The concert should have included Ike Willis, but he had some passport issues at the airport and couldn't make it in time.
Anyway, Glenn, Ali, Kevin and Ted did deliver a fine show.

Here's a youtube video that Glenn put up shortly after their Zappanale adventure: