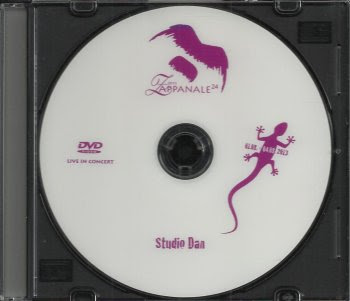 A lot of my personal memorable memories can be retraced to the Zappanale festival.
One of those events took place in 2014 when I enjoyed a concert of Studio Dan.

Named after an album by a composer that we all know, Studio Dan had already recorded four albums when they came to Bad Doberan.
For the occasion, the ensemble had rehearsed some Zappa material as well a a bunch of original stuff. To put it mildly, those who were there, were blown away.
When I talked to conductor / composer Daniel Riegler later that day, he told me that he had brought a bunch of CDs with him and that he had sold out.