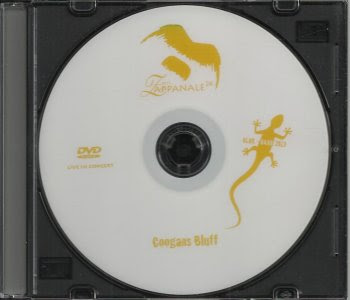 There's always a video crew present at the Zappanale festival. The Arf Society (who organizes the festival) makes it possible for bands to get their show recorded on video. When that happens, it's not just the band that gets the recording, but a small number (20) of copies get sold during the festival.

The above picture shows the DVDR with the recording of last year's Coogans Bluff concert.

The below fragment is taken from this recording.