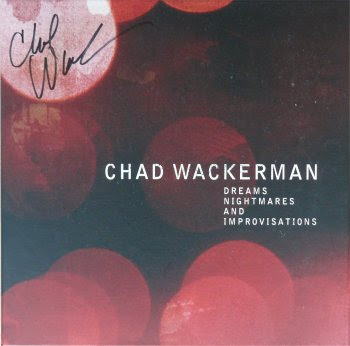 During the recent Band From Utopia tour, Chad Wackerman had brought along a beautiful reissue of his 2011 "Dreams, Nightmares and Improvisations" album.
It's a heavy 12" cardboard box that includes a double vinyl (with fold-out cover) album plus a digipack version of the CD. The above picture shows a(n upper left-corner) signed copy of the box.

The album itself is excellent and features Jimmy Johnson on bass, Allan Holdsworth on the guitar and Jim Cox on keyboards. Yep, that's Jim 'Frankie's Coming To Town' Cox.