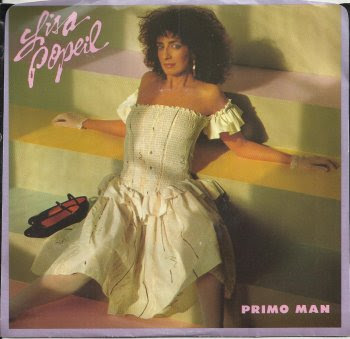 December 1981, Lisa Popeil did a couple of concerts as part of Frank Zappa's band. She can be heard on Zappa's "Ship Arriving Too Late..." and the "Stage Vol.6" albums.

In 1983, she released her one-and-only album, logically called "Lisa Popeil".
The above picture is the cover of the promotional 7" for 'Primo Man / Don't Turn Me Off & On'.
It features a certain Steve Vai on guitar (who was also in the 1981 Zappa band).

Here's a recording of Lisa with Al Yankovic, doing backin vocals on a song about her father !!