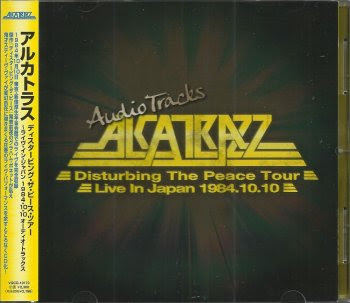 Last week, I mentioned the re-release of "Disturbing The Peace", one the first projects that Steve Vai participated in after his Zappa years.
The bonus disc of the re-release (an audio version of the "Power Live" video) was made available in Japan as a seperate album a couple of years ago.
Data has been added to the United Mutations Archives.