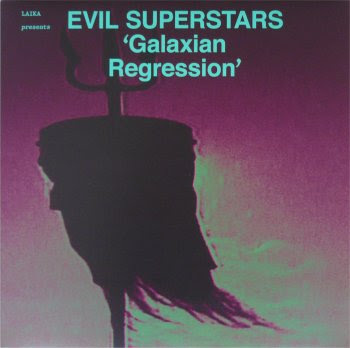 January 2013, Dave Schroyen, Marc Requillé, Tim Vanhamel, Bart Vandebroek and Mauro Pawlowski teamed up to re-invent The Evil Superstars.
No 'Satan Is In My Ass' (their 1996 single), but 'a cosmic synth set' as Mauro called it.

"Galaxian Regression" is the vinyl ectoplasm of the concert. Two times 20 minutes of sounds and soundscapes from another universe.
Released on Record Store Day 2014, and begging for your attention.