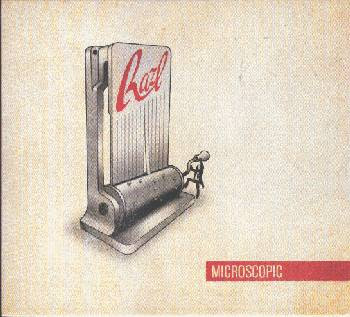 Congratulations are in place as guitar player and composer Razl has just released his new album. Razl, real name Raúl Hulves, was born in Madrid, Spain, in 1973. "Microscopic" is his second solo album. His first one, "Rotonova", got released in 2008 and featured guest appearances by Mike Keneally and Bryan Beller.

This is playful rock - music with a lot of jazz influences. Call it fusion if you will. Very nice. Very nice indeed.

After listening to "Microscopic", it didn't surprise me when I read that Razl mentions Zappa & The Mothers, Gentle Giant and King Crimson as important influences. Add a dose of joyfulness, concentrate it to a trio, and you get "Microscopic".

I'm glad that I got to hear this. An excellent discovery. Great music for happy people.