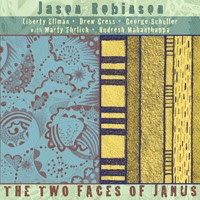 In Greek mythology, the Two Faces Of Janus has one face looking at the past and the other one looking towards the future.
Applied to Jason Robinson's first solo album, this nice metaphor suggests that the musicians draw from the rich traditions of the past, as well as from modern, contemporary trends.

Jason Robinson's "The Two Faces Of Janus" is an impressive modern jazz album. This is the kind of jazz that I like. 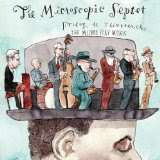 New York based The Microscopic Septet has a new album out. On "Friday The 13th", this experimental jazz band takes on the complex works of pianist and composer Thelonius Monk.
Actually, the ensemble got founded in 1980 by Phillip Johnston (who's also the man behind Fast 'N Bulbous - The Captain Beefheart Project), but got disbanded in 1992. It was the rerelease of their earlier albums on Cuneiform that launched a second career.
"Friday The 13th" is a fine album. Excellent arrangements of 12 Thelonious Monk pieces fill this CD.

The Micros Play Monk. And they do a good job.
Check out the band's MySpace site:
http://www.myspace.com/themicroscopicseptet
Out on Cuneiform
http://www.cuneiformrecords.com/
Available from Mandai
http://www.mandai.be/ 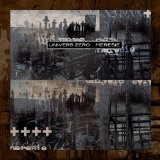 Originally released in 1979, "Hérésie" was Univers Zero's second album. The dark and instrumental music that one finds on "Hérésie", made Univers Zero to be consicered the founder of the RIO movement.

Cuneiform has re-released a remixed version of "Hérésie", and has added a bonus track in the process. This is a piece of history. youtube cuneiform mandai homepage 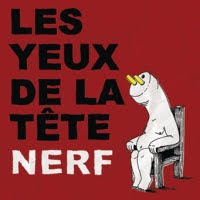 If I would have to pick one album out of the batch that I received from Mandai, it would be Les Yeux De La Tête's "Nerf" album. Les Yeux De La Tête is an experimental free-jazz-rock trio that recently released their debut album on Head Records.

The band did previously release a limited-edition CDR, "L'Oeuf du Cyclone" on the Le Petit Label, in 2007, but "Nerf" is to be their first 'real' album.
Listen, and be amazed.
http://www.myspace.com/lesyeux2latete