THE GRANDMOTHERS OF INVENTION - FREE ENERGY 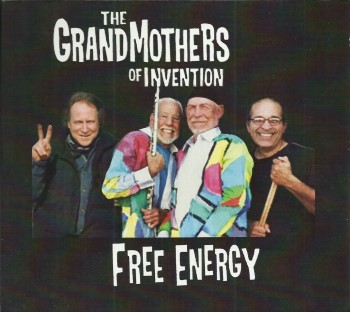 The most recent Grandmothers tour had Ed Mann teaming up with Bunk Gardner, Don Preston and Christopher Garcia.
The band did a small number of concerts in Europe in April and came back for a final gig at Zappanale. Unfortunately for the Zappanale audience, Ed Mann hurt his pelvis recently and was unable to make it to Bad Doberan.

"Free Energy" has a lot of the tunes that The Grandmother performed during this recent tour. It is obvious that both Don and Bunk don't play as fluent as they used to, but it's nice to hear Ed perform with The Grandmothers.
Private release. Available from Don.