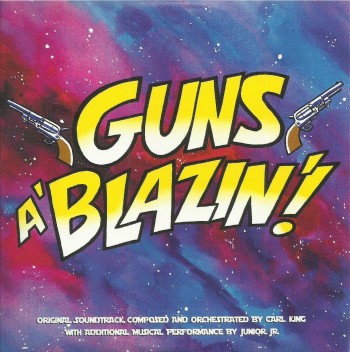 Data for the latest Carl King release  have been added to the United Mutations Archives.
This CD release has two versions of the 'Guns A' Blazin'!' suite.
The first one is the one you get to hear at Bandcamp (Carl King sequencer), the second one is by Junior Jr., a four-piece rock band from North Carolina.