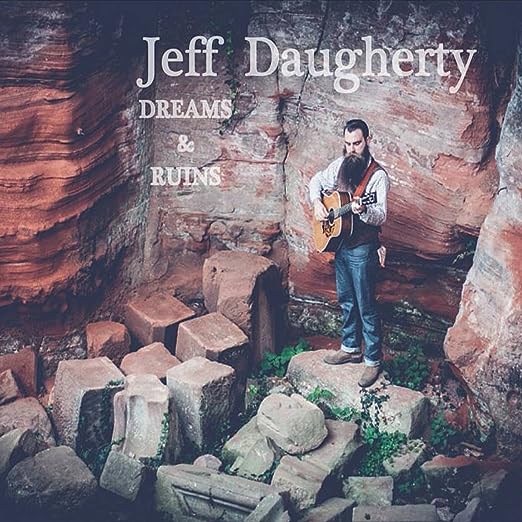 I received this album as a bonus, together with some other stuff that I had ordered.
Not exactly something that will make me go WOW, but it's a nice gesture and the album is OK.

Jeff Daugherty played the mandolin for BeatGrass, a rather famous Wyoming-based blue-grass / Americana band. Unfortunately, the band called it quits when their banjo player passed away.

"Dreams & Ruins" is Jeff's first solo release, you can tell that he is the real deal.
Classic folk, blue-grass, Americana,... He knows his roots.