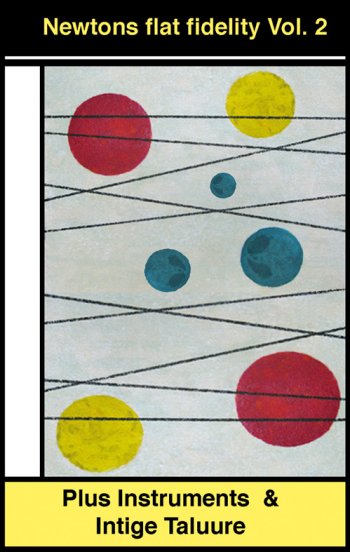 Somewhere in 2016, Intige Taluure (Belgian experimental music duo Jay Phlitman and Kim Kang) started a new project called "Newtons Flat Fidelity".
For each new project, they would invite a like-minded musician to finish a couple of compositions that they had started, and vice versa.

The release has been made available on k7 (cassette) in a limited edition of 75 pieces. Cover art by Bosko Hrnjak !
Haven't heard the actual tape yet as my k7-player is hidden in the closet, but the data has been added to the United Mutations Archives.
If you want a copy of this k7, you'd better hurry. They'll be gone soon.
Contact the band through Facebook.