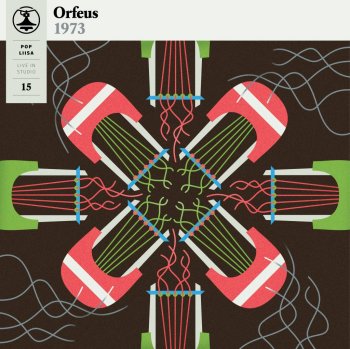 Orfeus is best-known as the backing band of Dave Lindholm. They released two albums together (a studio album Musiikkia and a live album Lillan, both in 1974). However, the band was set up already in 1971 and like many other groups at the time, Orfeus started as a prog rock group. As such, it never released a single record. Pop Liisa 15 will fill this hole that has remained unfilled in the tale of Finnish pop music history for more than 40 years.

For the first years Orfeus didn’t have any material of their own and they focused on being a live band. When the group played its first gig on June 6, 1971, the lineup was: Hannu Salakka (guitar), Heikki Hiekkala (organ/keyboards), Klaus Stolt (bass) and Vando Suvanto (drums).

The Popstudio set was recorded on January 9, 1973, which means that the prog rock Orfeus would come to its end quite soon. In the 70s Finnish bands experienced very swift changes in their musical direction – altogether prog rock and its popularity was a very short period in the pop music history.

The set is a great document of what happened with Orfeus before the albums with Dave Lindholm. Even though it’s only four songs, it’s a diverse selection of different styles from blues to progressive rock. As such, it couldn’t describe any better a band that altered its sound many times during its short existence.