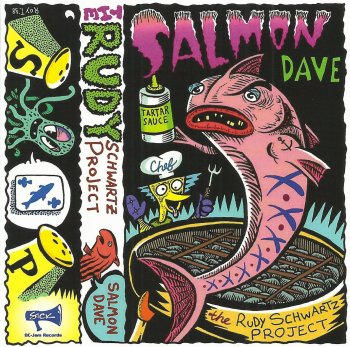 The Rudy Schwartz Project's "Salmon Dave" got released on cassette in 1988, picked up and re-released (as a reworked version)  by the German Musical Tragedies record label, and finally released as a download-only album by DC-Jam Records in 2012.

And since about a month, this latest edition can be purchased from Kunaki as a CDR-on-demand.
Twenty tracks instead of the original 23, but with stunning (new) artwork.

For me, "Salmon Dave" is one of the best RSP albums. It has some excellent original tunes (with lots of sequencer wizardry), some great cover tunes; and it's so much fun to listen to !

Want to know what the fuzz is about ? Order a copy !
http://kunaki.com/mSales.asp?PublisherId=148137