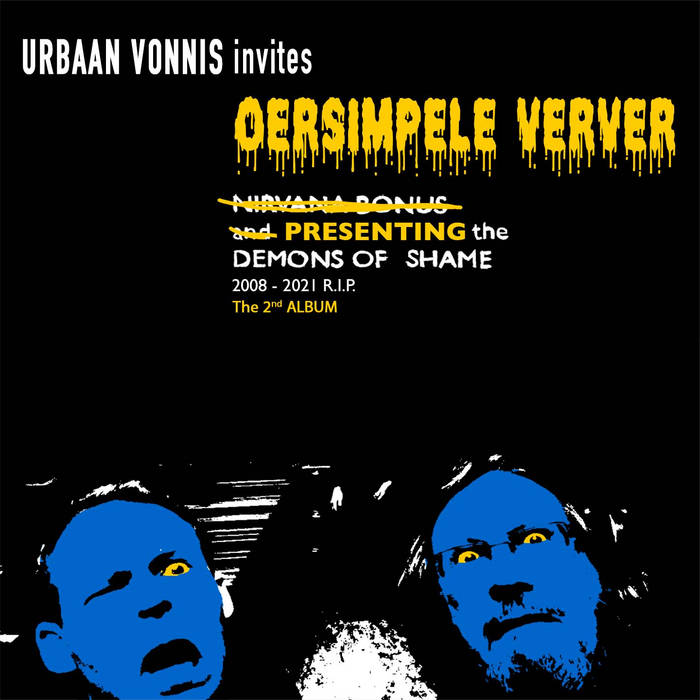 Subtitled "Bruno Vansina Invites Pierre Vervloesem", this second album by The Demons Of Shame got released as a download album on Bandcamp last October.
Last week, it also got a CD release.
It would have been nice if I had been informed about this when the album was made available in October. I would have waited for the CD (as I still prefer to have the physical object in my environment, even when the music sounds exactly the same).
Anyway, after having bought the download in October, I also bought the CD last week. After all, it still is an excellent album.

If you don't believe me, try it out yourself: