The ensemble played two sets: the first one performing the music of Bartok, the second one sharing their interpretation of the music of Frank Zappa.

Fabulous.
This is one of the best bands I've ever seen performing the music of FZ. 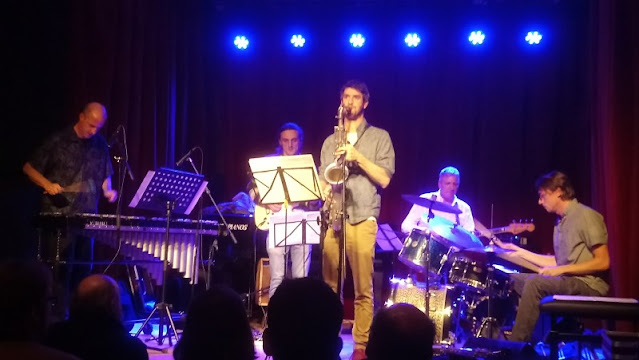 Here's a recording from 2014 (with Lander Gyselinck on the drums. The current drummer is Xavier Rogé) :