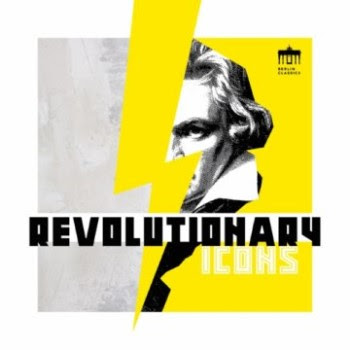 Eckart Runge (cello) and Jacques Ammon (piano) recorded “Revolutionary Icons” in January 2020. The album got subtitled “Paths From Radical Spirit To Iconic Legend” and presented music by Beethoven next to pieces by contemporary pop and rock artists (Amy Winehouse, Jimi Hendrix, David Bowie, Frank Zappa and Stevie Wonder). It included the duo’s interpretation of Frank Zappa’s ‘Be-Bop Tango’ in an arrangement of Wolf Kerschek.
To promote the album, the duo performed and recorded a radio show concert entitled “Roll Over Beethoven” in March 2020. It got broadcast by several radio stations across Europe.
Despite being recorded in January 2020, the release of the album only took place in 2021.

A beautiful album.
I'm not completely convinced of the mix with the Beethoven material, but the pop and rock tunes are absolutely amazing.
Their version of FZ's 'The Be-Bop Tango' sounds great. I wish they would do some more Zappa material.

The below piece is not on the album :

The duo discusses the new album :