From the Cherry Red Records newsletter :

It's been a while, but here it is, your latest update on all things Residential, including a Wormwood extravaganza, the big screen and plans for the guys' 50th Anniversary in 2022 (has it really only been fifty years? It feels somehow..... longer).

So. Item one - Wormwood.

Well, you may like to know that The Residents' 'Wormwood Box' will be next in the ongoing pREServed series, released on January 28th 2022. We're delighted to announce that the De-Fab Four got rather carried away with themselves in compiling the set, with a little help from their friends, and the result is a remarkable 9CD box, taking in the album, two live shows, two discs of demos and work-in-progress material, later live recordings and more 'Wormwood' related curios than you ever knew you needed.

Hubba! Oh, and there'll be a double LP set too, the first time 'Wormwood' itself has ever been released on vinyl.
Why not take a look and see if it's your kinda thing 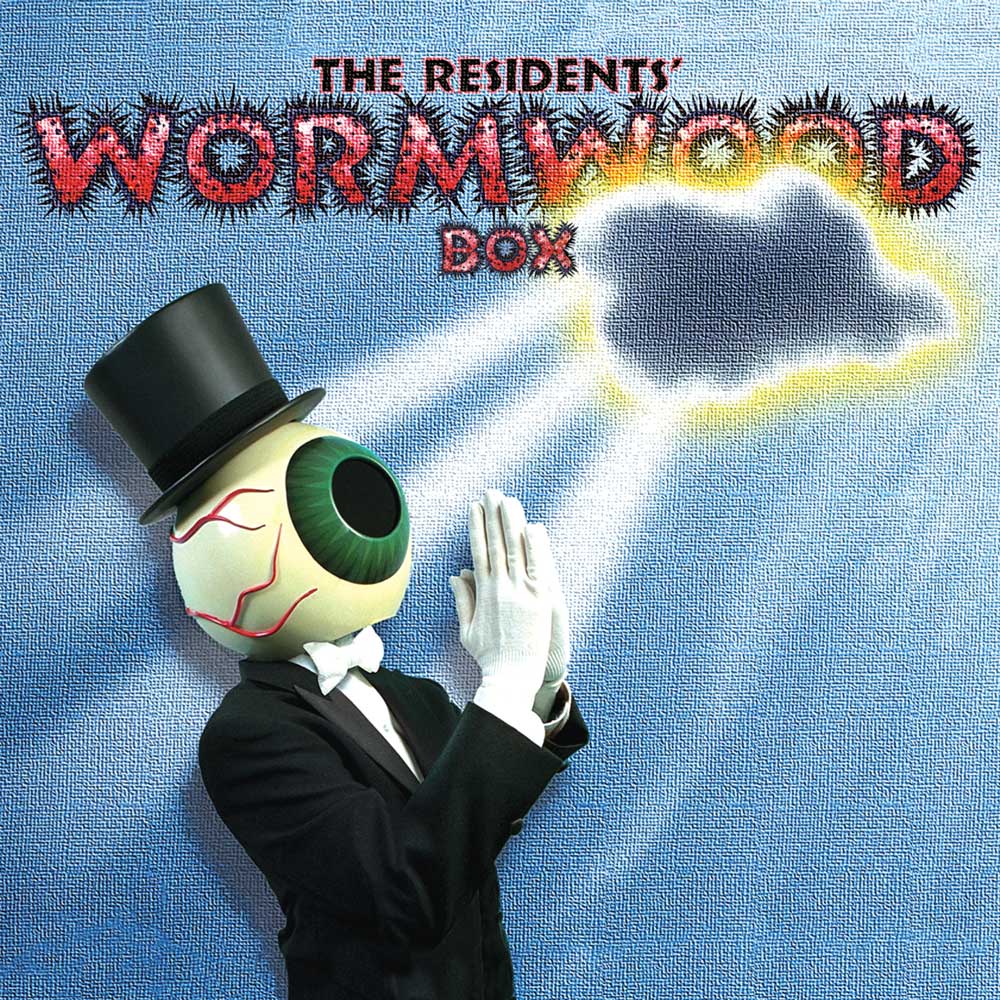 All of which brings us to 2022. First and foremost, The Residents are busy putting the finishing touches to 'Triple Trouble', their debut feature film and its OST album. It is, of course, phenomenal, and will surely be available to watch and listen to via all your favourite outlets.

More on that as it comes in.

And, of course, 50th Anniversary Show plans are afoot, so you can imagine the kind of outlandish and physics defying ideas that are flying about behind the scenes at the moment. At time of writing, the European dates planned for the first couple of months of the year are also in the diary - check your regular outlets for more on those shows. There's a thing where you can type 'Are The Residents touring near my town?" into this big computer in the sky and it tells you the answer. Give it a try.

Elsewhere, the pREServed series will revisit the band's 'classic' 1970s albums, all of which will be released on deluxe 2LP or 3LP sets next year, remastered from the original tapes, looking swell and featuring previously unheard material. The truth is we've been bombarded with requests for these albums on vinyl over the past few years, but The Residents themselves felt somewhat resistant with no new material to offer those who already bought the CDs.

Step forward Covid-19 - the enforced lockdowns of the past eighteen months brought with them a lot of downtime in San Francisco, resulting in a series of brand new RDX suites, wherein The Residents revisited the multitrack tapes for those classic LPs and created new suites featuring unheard elements, alternate mixes and renewed sonic clarity.

Any of you who investigated the 'Leftovers Again?!' LP this year will know what we're talking about, and if you don't really get it the MP3 might give you some idea.

Word is each album's release will also include a boffo promotional 7" single, again featuring previously unheard or long out of print stuff. Expect the unexpected. But definitely still expect it, even if it's unexpected. You get the idea. Of course you do.