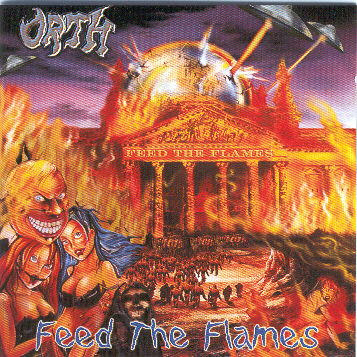 German death-metal band Orth released a rather peculiar version of FZ's 'Bobby Brown' on their "Feed The Flames" album in 2000 but you probably already knew that.
But did you also know that, contrary to the regular jewel-case edition, the promo-CD came in a cardboard cover ?!?
A nice find. Even if I say so myself.