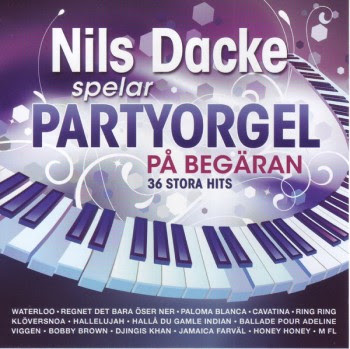 About ten years ago, the Scranta Grammafon record label released this Super Audio CD compilation album by Nils Dacke.
Nils, also known as "Disco' Dacke, released a series of albums on which he plays pop hits on his organ. Think elevator music. Or think birthday party at the resting home.

Anyway, Nils Dacke recorded FZ's 'Bobby Brown' and released it on Volume 7 of his "Nils Dacke Spele PartyOrgel" series. In 1979 !!
Due to great demand, or another reason, Nils' version of 'Bobby Brown' also found its way to this Super Audio CD compilation.

Here's Volume 1. You can thank me later.