A couple of weeks ago I attended "Cappa Meets Zappa", a fascinating evening where an inspired Mark Janse talked about his passion for the Cappadocian language: how he had been studying this dead language for a number of years and had become the authority only to find out that there were a handful of people left who actually spoke the language.
For the musical intermezzo, Mark had invited Beat Love Oracle to perform some music which they did. Even including some pieces by Frank Zappa as BLO knew that Mark would appreciate it. 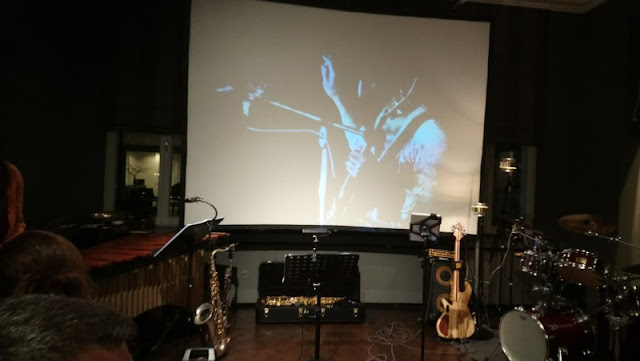 Due to popular demand, the evening will be repeated on June 6.
Same location, the Quatre Mains piano center in Ghent, BE.

Email ThisBlogThis!Share to TwitterShare to FacebookShare to Pinterest
Labels: frank nuyts, others of invention, zappa