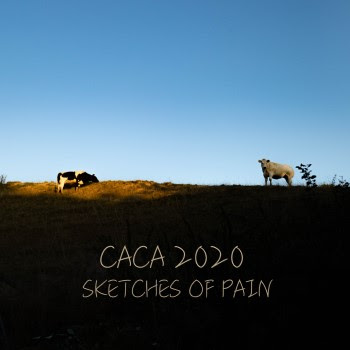 Released originally in 2010, Pierre thought that it would be fun and exciting to re release a new version of the Album Sketches of Pain for its tenth anniversary! There you are with Caca 2020 completely remixed and remastered and with 3 bonus tracks never released on the first version. It's more fun, more powerful, more modern...it's Caca 2020!!!
"Sketches Of Pain" is an exciting release by Caca 2020, a name that probably doesn't ring any bells.
As it was a project by Pierre Vervloesem, it might have been more appropriate to have called the band The Pierre Vervloesem Octet.
Anyway, as the Bandcamp liner notes say: originally released in 2010 and now re-released in a remastered and remixed version with a couple of bonus tracks.
If you're familiar with the original album, I'm sure you'll buy this one as well.
If this is all new to you, don't hesitate and give it a listen.