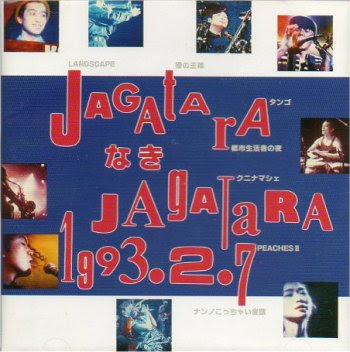 Japanese rock / funk band Jagatara was formed in 1979 by Edo Akemi.
After Edo Akemi's dead in 1990, the band broke up.

Imagine my surprise when I popped the CD in the CD-player to discover that after a couple of minutes into the first track, called 'Landscape', the band starts performing FZ's 'The Black Page'.
And, yes, it does includes a fine version of 'Peaches III' as well.

A great find, even if I say so myself, and an excellent addition to The Others Of Invention.