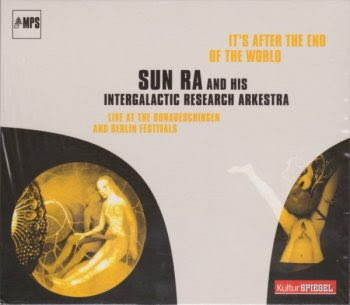 In 1970, Sun Ra and his Arkestra got invited to two German jazz festivals: the Donaueschinger Jazz Days and the Berlin Jazz Festival.
This MPS album was produced from recordings from these sessions and initially got released one year later, in 1971.
Over the years, it has received various re-issues, one of the most recent ones being a CD that got released by Edel / MPS. Comes in a slipcase.
Data has been added to the United Mutations Archives.