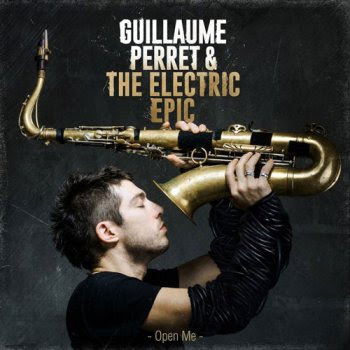 I saw Guillaume Perret in concert at the Zappanale festival in 2014. An amazing concert.
He also performed as special guest with Le Bocal at the same festival. Another highlight.

During his recent appearance at the Vrije Geluiden tv-show, Guillaume said that he's working on a solo album. He performed one of the pieces that will be on the album. With lots of loops and effects... Have to keep an eye out for that one.

His most recent release dates from 2014. Entitled "Open Me", it's the second album by Guillaume Perret & The Electric Epic.
Electric sax, electric guitar, electric bass and drums.
Pure energy.
Added the data to the United Mutations Archives earlier today, while the album blasted through the house...