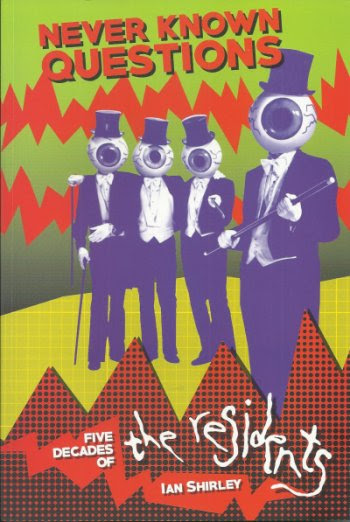 Somewhere around 1994, Ian Shirley saw his "Meet The Residents" book published by SAF Publishing. It got a revised edition in 1996.

We're twenty years later now, and Ian Shirley completely rewrote (and retitled) his book. As he says in the opening "Author's Notes": '...this new edition was written from scratch."
Ian did a lot of interviews for this book. He talked to almost everyone who worked with and for The Residents.
"Never Known Questions" follows The Residents chronologically. From their move to San Francisco in the early seventies to the very recent 'touring retirement' of Chuck.
Well written, entertaining and enlightening.
A must-read for everyone who wants to learn more about The Residents.