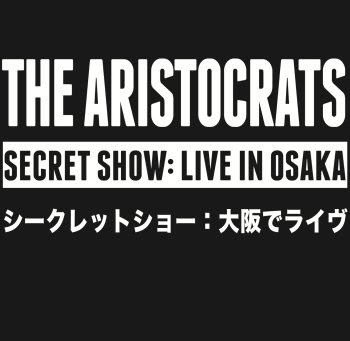 The Aristocrats' 2014 world tour brought Guthrie Govan, Bryan Beller and Marco Minnemann to Japan where they performed at the 'Big Cat' club in Osaka.
The show got recorded by Takashi Ogawa without the band's knowledge. When they heard the recording afterwards, they were impressed enough to release it as a double cd set.

The recording does indeed sound excellent, and the show was great.
An excellent decision to release it on album.