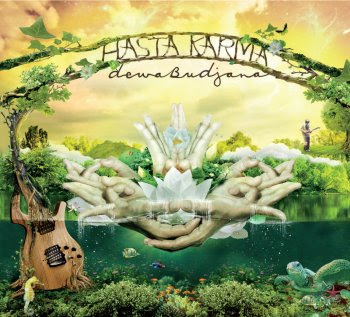 "Hasta Karma" got recorded at the Kaleidoscope Sound Studio in Union City, NJ, in one single day which, given the complexity of the music, is quite an accomplishment.
The music itself is excellent. And Joe Locke's vibraphone sounds great next to Dewa Budjana's guitar.

The most endearing track on "Hasta Karma" is 'Ruang Dialisis", a composition that Dewa Budjana dedicated to his late father. The piece includes a sampled recording of the guitarist's grandmother, chanting a traditional funeral song for her son.

Out on the MoonJune label:
http://www.moonjune.com/mjr_web_2013/catalog_mjr/070_DEWA-BUDJANA_Hasta-Karma_MJR070/