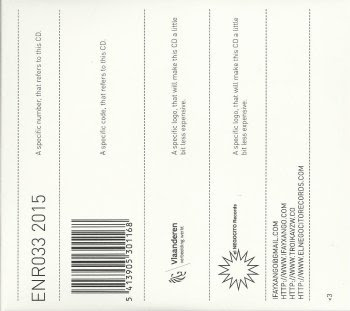 Ifa Y Xango formed in 2010 and released their first album, "Abraham", in 2013. The, at that time, septet combined jazz, improvised jazz, classical music and rock.

In the meantime, the septet grew to a tentet and the band has just unleashed a new album.
Released by the El Negocito label, "Twice Left Handed / Shavings" presents 5 compositions. Recorded live in one room, as the CD adds.

The result is beautiful. Itimate moments are juxtaposed with high energy soundscapes.
http://elnegocitorecords.com/releases/eNR033+.html