STEVEN WILSON - GET ALL YOU DESERVE 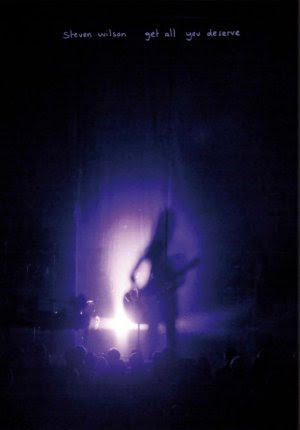 Thanks to the ongoing lobbying efforts of my fellow Zappa-freak-friends, I started listening to Steven Wilson.
I did take a false start as I checked out some other bloke called Wilson on YouTube (and wasn't impressed), but the real deal sounds quite amazing.

"Get All You Deserve" captured Steven Wilons and his band during their "Grace For Drownin" 2012 tour in Mexico City.
Great tunes, astonishing musicians - including Theo Travis (Gong, Soft Machine Legacy) and Marco Minnemann (Aristocrats - all in a beautiful package : One video DVD, two audio CDs and a Blu-Ray disc.


Playing the DVD on my computer did produce some weird volume fluctuations.
Caused by standard software dolby settings.
It did sound great after a change of these settings.