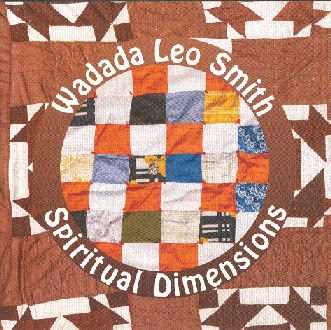 This new release, "Spiritual Dimensions", has the focus on Wadada Leo Smith.
Recorded in New York City in 2008, the first disc shows Wadada Leo Smith as a fine composer and improviser. The music floats and searches and has Wadada Leo Smith and his band looking for the boundaries of improvised music.
The second disc, which includes the Organic band, has Wadada in a more 'electric Miles' mood. This is the jazz-side as it has more of a groove and more powerful trumpet lines.
The 'South Central L.A. Kulture' composition can be found twice on this album, as it was performed by both the Golden Quintet and by the Organic band. It's a perfect example of the different approach. Beautiful.

For me, "Spiritual Dimensions" was a fine way to get better acquinted with the music of Wadada Leo Smith.
This is very impressive material. I'll be playing this album again in the very near future.