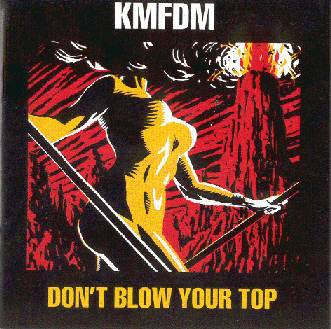 I mentioned this album a couple of weeks ago.
On the KMFDM album "Don't Blow Your Top", in the track with the same name, no fewer than five different Zappa tunes contribute lyrics: 'Son Of Suzy Creamcheese', 'I'm The Slime', 'Dirty Love', 'The Orange County Lumber Truck' and 'Bow Tie Daddy'.

And that's about it. The only Zappa reference that you will find on this album is in the lyrics.
Wiki says that this kind of music can best be described as "industrial rock". I wouldn't have a clue. Same Wiki says that this is a very succesful band, having sold over 2 million records worldwide...
Still, my ears say no ..