SUN RA - OTHER PLANES OF THERE 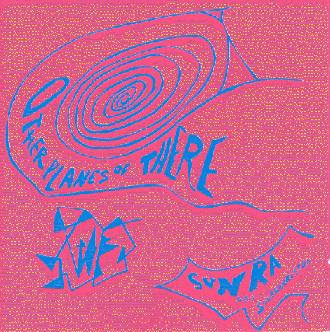 "Other Planes Of These" can also be found in the Evidence re-issue series. It is by many regarded as an essential Sun Ra album.
Not in the least because it shows a side of Sun Ra's music that one does not often encounter.
As Neil Tesser says in the liner notes: "The 20-minute 'Other Planes Of There' suggest a sort of concerto not for one but many soloists."
or
"Dominated by the long and episodic title piece, and marked by structured, almost schematic compositional techniques, "Other Planes" exists outside the rest of Sun Ra's music - in other words, on the other side of out. Think of it as outside squared."

Sun Ra proves that there are no borders between contemporary music, jazz and experimental music.