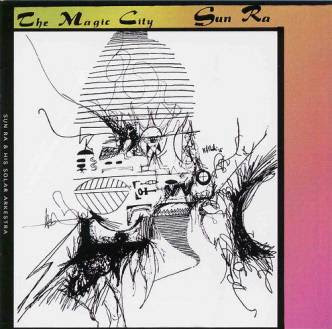 In an attempt to feed data to the Sun Ra discography, I also added "The Magic City".
In 1993, Evidence re-released this 1966 "saturn label" vinyl album on CD.
Recorded in 1965 in New York City, the album gives a glimpse of what was happening in NYC at that time. The first track on the album, called 'The Magic City' (which refers to Birmingham, Alabama, Sun Ra's home town), is a 28-minute free jazz collective improvisation.
In its year of release, in the rock corner of the music scene, The Velvet Underground were turning heads, and the Mothers Of Invention released their first album.

I was one year old at the time, living in a small town in Belgium, but it looks like NYC was the place to be...