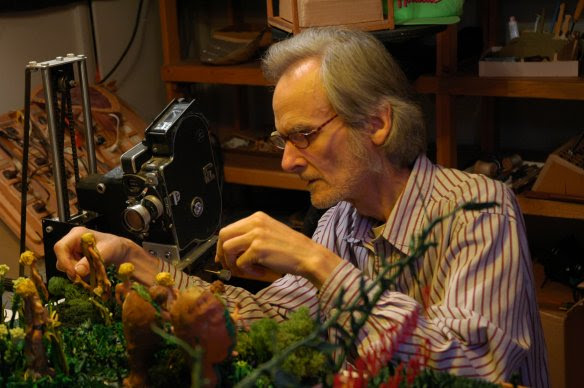 The Amazing Mr. Bruce Bickford will be a special guest at Zappanale 20

Bruce is bringing lots of his work over to Bad Doberan where you can see his creatures right at the exhibtion. He also brings along a couple of his newest pictures and his new film.

Bruce Bickford was born in 1947 in Seattle Washington . He began animating clay in the summer of 1964 at the age of 17.
He graduated from high school in 1965; and engaged in military service from 1966 to 1969. Upon his return he resumed animation,
and did his first line animation in 1970, then in 1973 he went looking for work in Los Angeles -where he met Frank Zappa.
He worked for him from 1974 through 1980. Afterwards, he returned to Seattle and resumed animating mostly his own personal work.