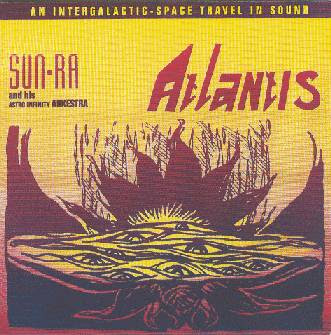 Originally released in 1969 on Sun Ra's private Saturn label, the "Atlantis" album got a vinyl re-release on Impulse and a CD re-release on Evidence.
It's a quite peculiar album as Sun Ra plays the Hohner Clavinet (the so-called ultimate funk keyboard as Stevie Wonder showed with 'Superstition'), and it's also the first Sun Ra album where there's a lot of African hand percussion.
The odd one out is the title track, 'Atlantis', where the Arkestra takes the experimental approach. Over 20 minutes long, this dark and tense piece is dominated by Sun Ra's organ. It's one big organ solo, accompanied by percussion.
Yummie...