STING - I SHALL BE RELEASED 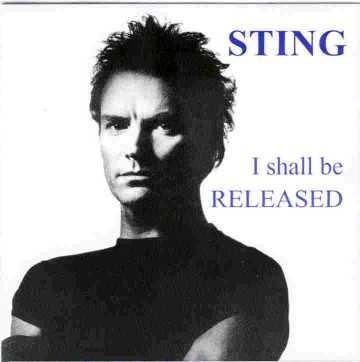 During his 1988 Chicago show, Frank Zappa invited Sting on the stage to perform 'Murder By Numbers'. It got released on Zappa's "Broadway The Hard Way" album.
For one reason or another, The Dolphin Records bootleg record label decided to put the track on "I Shall Be Released", a collection of rare (?) recordings by Sting.
This bootleg CD is from quite a while ago. Just added the data to the United Mutations Archives.

The Black Page, We're Turning Again, Alien Orifice, Any Kind Of Pain, Why Don't You Like Me? [parts on BTHW], Texas Motel Medley, When The Lie's So Big, Jesus Thinks You're A Jerk, Sofa, Stolen Moments [parts on BTHW], Murder By Numbers* [BTHW], I Ain't Got No Heart, Love Of My Life, City Of Tiny Lights, A Pound For A Brown, Stairway To Heaven, Whipping Post, I Am The Walrus, Catholic Girls [parts on YCDTOSA6], Crew Slut [parts on YCDTOSA6], Strictly Genteel